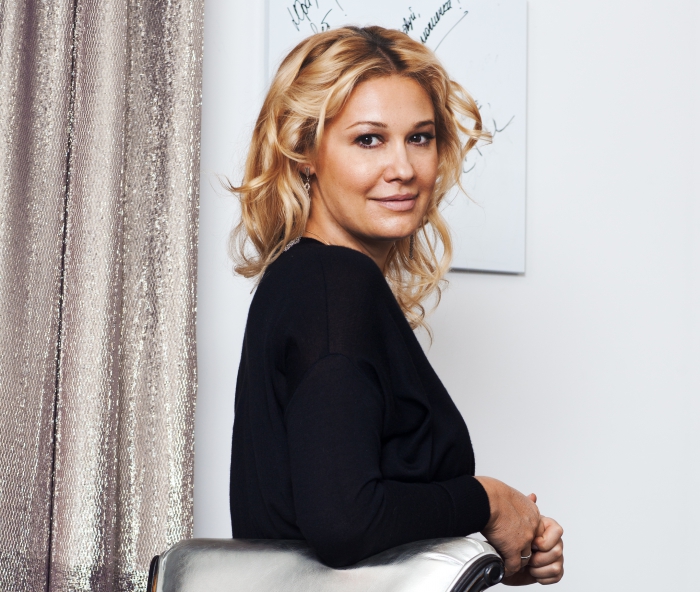 Ella Stewart, Chairman of the Board, CEO of BBDO GROUP AND PRESIDENT of the  FESTIVAL RED APPLE, shares all the details OF THE FESTIVAL in 2015 and tells about the innovations that await the participants.

—Red Apple has a great story and each year the festival adds something new. What can we expect this year?

— In our view, Red Apple in 2014 was very successful. That is why we set the objective at least to maintain the last year level, but whatever we will try to lift it.
In general, I am very glad with the way the festival was held a year ago. But not everything was worked out right away - the process of establishing Red Apple in its new form was long enough and in some ways even painful. Nevertheless, the result conforms to the objectives that we set.

One of the key changes in Red Apple - its access to the international level. That is why we focus our approach to the organization on the status festivals and primarily on the Cannes Lions.
Of course, there is a risk that Russian agencies will receive less awards at Red Apple than before. But for us it is essential to state the compliance with international standards, because we want to be part of those festivals that are positioned not as local ones but as international.

This year we want to preserve the main achievements of Red Apple 2014: first of all, the level of the jury as well as the participants from different countries and, of course, the quality of the program. This has not been at any Russian festival. It is vital to maintain this level.

— Who will be in the jury this year?

—We have invited very representative jury and for now 10 people have confirmed their participation. Bechara Muzannar, the Chairman of the jury, heads the Leo Burnett MENA. He is not only a winner of huge amount awards from the most prestigious festivals in the world but he also has been a member of the jury at many of them including Cannes Lions.

In total, all the jurors of Red Apple 2015 owns about 150 Cannes Lions. We have not deviated from the concept of the last year and invited to the jury only two representatives of  Russian agencies. In our view, this corresponds to the normal approach to the formation of the jury at international festivals.

— Will the format be changed?

— There will not be any fundamental changes but we decided to change the format of the awarding ceremony. We used to organize a separate event after the educational program. However, it takes a lot of time and resources to prepare and not justified in terms of concept. That is why we decided that we will reward the winners right during the festival during the day. We will just add it into the program.

In addition, we will try to organize an informal party after the festival. After all, advertising is a youth industry, and such events are necessary. Also this year there will not be exactly any formal closing.

— Do you plan to introduce any new categories?

—Yes, this year two new categories will be added. First one - «Fashion-films». This is a very beautiful direction in advertising, which is now rapidly developing in the world. The second one is "Media and Entertainment".

What is more, we introduce two new special prizes "For The Good" - the award will receive a non-profit organization as a customer of social advertising, here the jury will select a winner and "Production Of The Year" - the winner will be revealed by the sum of received awards.

—Last year Red Apple obtained new concept of appearance and you said that you would not change annually the corporate identity. Have not you rejected this idea?

— Yes, indeed, we changed the brand identity and were very pleased with it. So we do not intend to change anything globally. The only little change is inversion: if last year we used white color on a red background, this year we use red on white.

—In the first wave of festivals this year we noticed that the crisis had a negative impact on the number of participants. Do you expect the same to Red Apple?

—I hope that there will not be the same. This year we started call for entries very early – on 16 April. During the first month of call for entries (lasted from April 16 to May 16), the number of works exceeded the previous year. Considering that the festival has become really interesting to the industry, I do not expect the reduction of the works quantity.

—In the industry there are debates whether festival awards are real reflection of agencies’ achievements. How do you attitude to this?

—I am deeply convinced that festivals are necessary because this is where trends are set. Festivals are also valuable with its educational component. And the most important that Russian advertising industry, which is already more than a quarter-century, has still a lot to learn and there is much to develop, and to do that there are not so many platforms in Russia. If advertisers find more opportunities to learn, communicate and share their experience, it will be great.

—Which festivals can you mark out?

—It is clear - Cannes Lions, Eurobest, Clio, EPICA. There are also significant festivals in Asia, about which we, unfortunately, do not know much. For example, Tambuli Awards, where this year Yaroslav Orlov, Creative Director of Instinct, was a member of  the jury. David Guerrero, head of the Philippine agency BBDO Guerrero, Chairman of the jury at Red Apple 2014, personally invited Yaroslav as a creative director, who collected the biggest number of awards at our festival.

—Can you give a piece of advice to the participants - what is necessary to do and what is not?

—Definitely a good design of the work is required. This is a common pain for all agencies, and ours in particular, and we are working on it. Unfortunately, to keep the jury’s attention is very difficult. There are a lot of works and it is just physically hard to strain all the time to understand the meaning.

I was myself in the jury and absolutely understand what a hard work it is. That is why it is essential to make as much as possible short, beautiful and clear design of the case. I think if we learn this, we will show much better results on leading international festivals.

And, of course, do not do fakes. Firstly, it should be ashamed by the authors. And secondly, it is very frustrating when the fake work is pointed publicly. Any competition should be maximally honest.

Ella Stewart was born on April 27th in Rostov-on-Don. She graduated from the faculty of International Economic Relations of the Russian Federation Government Financial University in Moscow.

She started her career in 1996  as a financial director at BBDO Moscow.

Before joining BBDO she was engaged as an expert at Ernst & Young, Mars, Kraft Jacobs Suchard.

Since 2003 – Chairman of the Board of Directors, Chief Executive Officer of BBDO Group.

In 2003 she was appointed Chairman of the Board of Directors and Chief Executive Officer of BBDO Russia Group.

In 2011 Ella Stewart headed the list of the most professional managers in Russia for the 8th time according to Russian Managers Association and “Kommersant” newspaper, as well as the rating of the most successful women in business according to “Kompania” magazine.

Ella Stewart was appointed President of the Red Apple International Advertising Festival, she is also a member of the Russian Advertising Academy (AKAR).