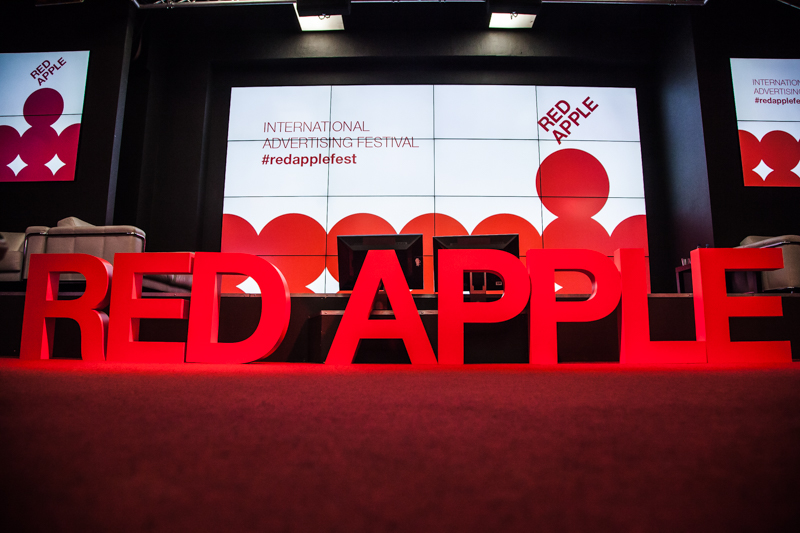 On December 10-11 at the Digital October center, the outstanding representatives of the advertising industry, journalist, design, IT told about the main trends in the development of creative industries, and the expert jury awarded the best promo work of both Russian and international agencies.

The educational program of the festival this year was attended by about 3,000 people, featured more than 150 speakers, held 60 lectures and discussions, not to mention ceremonies and the first rock festival among advertising agencies 99FEST.

In the contest, which ended in late October, was attended by 198 agencies from 29 countries, sent a total of 898 cases. In total the jury 2015 Red Apple counts two hundred and Cannes lions.

This year the title of “Agency of the year” expert jury was awarded to the team Instinct. Best independent Agency was named advertising Agency “Voskhod”.

Leo Burnett was named “network of the year” and largest international company Procter & Gamble became the “advertiser of the year”. Best production Studio was recognized as the Reflex Production. Special prize “for good”, the expert jury was awarded to the team of English office of Leo Burnett for the work of “Suffocation”. The winners of the contest “Young Creators” became Andrei Popov and Dmitry Moseykin for the “One-click education”. This year the brief for the competition was provided by the Government of Moscow.

To see all the winners on the festival page.